The Great Repair or Replace Question With Auto Glass

When there's a problem with auto glass, the central question almost always centers on whether to repair or replace it. Here are five ways you can quickly answer the question.

Damage Close to the Edges

Any damage that's close to the edges of the auto glass is bad news. Even if it doesn't appear to have damaged the seal around the glass, there is a risk that the affected area will grow after a repair job. If you see damage within an inch of the edge, you should act out of an abundance of caution and have a professional replace the glass. This applies regardless of what type of damage there is.

Notably, this problem may be even worse in glass sections besides the windshield. In a rear window, for example, damage to the edges could disconnect the defroster element. Likewise, damage to door windows could cause the glass to fracture while it's down, making a mess that's hard to clean up.

Obstructing the Driver's Field of View

Sit down in the driver's seat and line your hands up with the farthest left and right points of the steering wheel. Draw imaginary lines straight up from those points until you get to the top of the windshield. That's the driver's field of view, and it needs to be unobstructed.

If there is any damage in this zone, you need to have a professional replace it. Repairs are not always legal in this area, and they can produce tiny distortions that are potentially dangerous at driving speeds.

Nearly any area of damage that extends beyond three inches in any direction is bad. Presume to replace the glass at that point. If the damaged zone is smaller, though, there's a good chance it might be fixable.

If the damage continues to grow in size, that's not a good thing. That's especially the case if it continues after you have already repaired it. Generally, the continuous growth of a crack is a sign it's time to replace.

Auto glass should only sustain so much damage. If you see evidence of damage in at least four different points on a windshield or individual window, it's time to replace it. It doesn't matter whether this accumulated over time or happened at once.

Note that previous repairs count as damaged areas. Even the best repair will likely be somewhat less structurally sound than the previously undamaged auto glass was. Talk to an auto glass shop, such as Omaha Glass Co., to fix your windows. 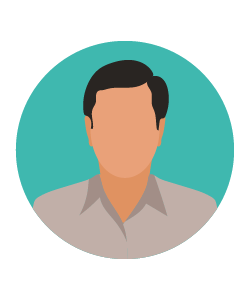 Glass is such an interesting material. It's really hard, but yet, it can shatter easily if you strike it the right way. Heat passes right through glass, but there are plenty of ways to change that, such as adding a layer of plastic over the glass or coating it with a reflective spray. The glass industry has come up with all sorts of unique ways to deal with the shortcomings of glass so that its advantages can really shine. Since everyone uses glass in some way in their life, it only makes sense that you'd want to know more about glass. Reading here can provide you with the knowledge you seek.